The Samsung Galaxy Note 10+ 5G is here and could
very well be the pinnacle of all smart phones. Yeah, it's priced to complete with a used
Honda Civic, or a round trip flight to Hawaii. But I mean, look at all these colors. Like
I always say, groceries are overrated. Today we're going to see how durable Samsung's latest
flagship really is. Let's get started. [Intro] So Samsung got a a little crazy and dropped
three versions of the same phone this time: the Note 10, the Note 10+, and the Note 10+
5G. There's absolutely no reason whatsoever to buy the 5G version, which costs an extra
$350, unless of course you already live in one of the very few 5G cities and have a 5G
node right outside your window.

This phone will definitely live it's very full and complete
life span before 5G networks become a thing. One thing that differentiates this Powerpuff
looking contraption from other phones is the internal built-in stylus, and it's actually
one of the coolest parts of the phone. I've been tempting myself into upgrading from my
2 ½ year old Galaxy S8 Plus just for this feature. From a business aspect, sometimes
it's way easier to communicate with a drawing rather than just plain text…which makes
this built-in stylus very appealing. The soft tips are interchangeable. So if one breaks
or gets bent or worn down, it's very easy to swap them out. The uni-body s-pen is made from blue painted
plastic. But the most interesting parts are inside. The s-pen has internal accelerometers
and a gyro. Also Bluetooth.

All these let you control the phone from a distance with
gestures and clicking the one little side button. The coils of wire down here near the
pressure sensitive tip doubles as a way to charge the s-pen and also generates an electromagnetic
field of it's own so that the phone, which also has an electromagnetic field under the
screen, can sense where the pen is located and exactly what it's drawing. It's a legit
distinguishing feature in a sea of phones that kind of all do the same thing. At the opposite end of the s-pen near the
clicker is a capacitor. It stores about 10 hours worth of energy with a 6 minute charge
up while it's inside the phone. It's a very impressive system. I think it's time we take
a look at the other side of Rainbow Road here – the screen. [Scratching sounds] Gotta love it when companies give you free
screen protectors.

The Galaxy Note 10+ 5G is using Gorilla Glass 6 on both the front
and back of the phone. Have you ever noticed that it's really only the cellphone industry
that keeps on plopping a new number on basically the same phone year after year, and then calls
it revolutionary? Thumbs up to Xbox PlayStation and Nintendo for being real and only releasing
new products when it's actually warranted – every couple years. The Gorilla Glass 6 on this Note 10 5G scratches
at a level 6, with deeper grooves at a level 7…just like last year…and the year before.
I got a cool sapphire video coming up soon though. Don't you worry. The front facing cheerio camera is a 10 megapixel
little guy and sits under the same pane of glass as the screen. Interestingly enough
though, there doesn't seem to be an earpiece gap up at the top. There might be a tiny little
gap between the glass and the edge of the phone, but Samsung could also be using the
under display speaker tech that we saw inside of the LG G8.

We'll have to take a look at
that from the inside to be sure though. Make sure you're subscribed for the upcoming teardown
video. This no speaker grill aesthetic is pretty sleek looking. [Scratching sounds] The sides of this phone are made from aluminum.
Samsung slipped up and said 'stainless steel' in one of their own promotional videos. But
it's since been corrected to 'aluminum' like the rest of their flagships. Up here at the
top of the phone we have a lot going on. There is a layer of clear protective plastic along
with the SIM card tray. The little hole next to the SIM card tray is for the top stereo
speaker. With an expandable memory SD card slot, you can add up to one terabyte of storage,
which you might not need while the phone is brand new, of course, but it's always nice
to add more storage as your phone gets older and fills up instead of having to go delete
things. It also has a rubber liner around the base to satisfy the ip68 water resistance
rating.

The left side of the phone has a metal volume
rocker, along with a single power button. Finally Bixby has left the building. Except
for if you hold the power button down for a fraction of a second too long, he comes
right back. The coloring of this phone is seriously crazy.
I feel like it belongs in Wreck-it Ralph with the sugar rush racers, instead of a business
man's pocket. I'm still totally down though. 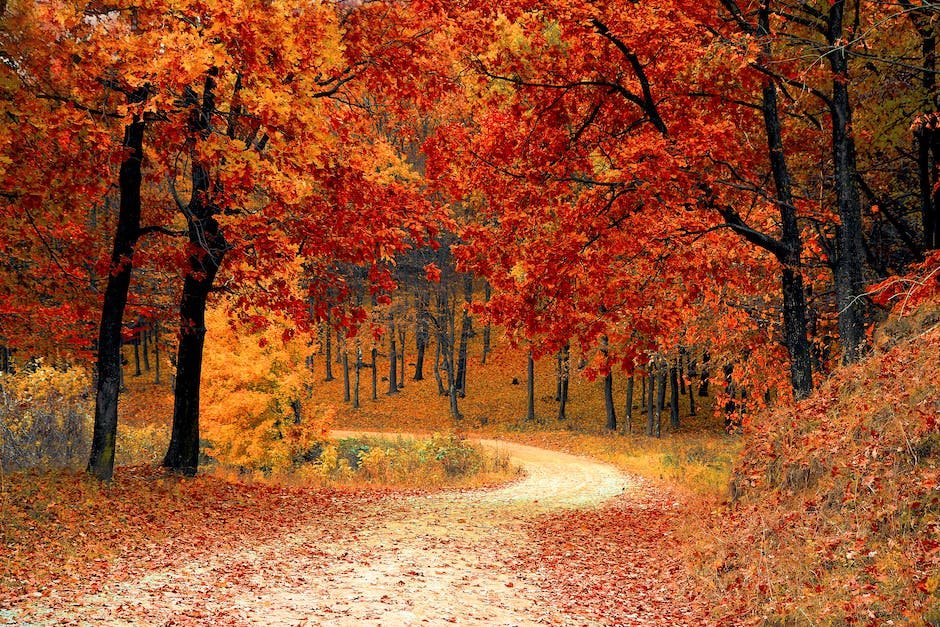 The bottom of the phone is also made from
metal. No headphone jack anywhere to be found. Personally I think it's a bad move. I did
a poll on Twitter last month where 60% of you said you've used a headphone jack in the
past week. And 60% of people on MKBHD's similar Twitter poll said a headphone jack would be
a nice bonus, or even a need. Personally, I'm all wireless at this point because exercising
with corded headphones is super annoying. But watching YouTube or Netflix with a tiny
Bluetooth lag is also slightly annoying. So I am sad that Jack is gone on the Note 10.
At least the s-pen won't get permanently stuck though in the hole if you put it in backwards.
That was an actual problem with the old Note 5. The USB-C port on the Note 10 is rather awesome.
It is fully capable of super fast charging the phone with 45 watts of power. I know that
doesn't make a whole lot of sense with just the number.

So let me draw out a comparison.
The Note 10 can take in a full 45 watts of power to super fast charge the battery. You
do got to pay a little extra for that 45 watt charger though, as Samsung only includes a
25 watt charger in the box. 25 watts is still amazing though when you compare it to the
competition. For example Apple's newest phone, the iPhone
10s, can only fast charge with 15 watts of power. Yet Apple only includes a 5 watt charger
in the box. That's right. The 9 watt reverse wireless charging capability on the Galaxy
Note 10 is a faster charger than the wall plug Apple includes in the box with their
new iPhones. Ouch. Remember, Apple makes the jokes, I just read the spec sheet. Taking a quick look at the rear cameras, the
Note 10 has the absolute optimal setup on the back with the 16 megapixel ultra wide
lens up top, and a normal 12 megapixel lens in the center. And a 12 megapixel telephoto
zoom lens on the bottom. The perfect perspective trifecta. The Note 10+ also has an additional
depth sensor off to the side, which combined with the bigger screen and bigger battery,
makes the 10+ a better purchase than the smaller Note 10.

Still stay away from the 5G version
though. There is an under screen ultrasonic fingerprint
scanner on the Note 10. It's the same cool tech we saw inside of the Galaxy S10. Super
quick and doesn't take up much room inside the phone. But more importantly, the ultrasonic
fingerprint scanner still functions even after the screen suffers heavy damage with level
7 deeper groves. Very impressive. Speaking of scratches, do you want to see
an experiment I started 2 ½ years ago? Both sides of the Note 10 are made from glass,
and as we know, glass can scratch. Here are some level 7 deeper grooves on the back next
to the Samsung logo. And here are even some level 6 scratches, both of which show up extremely
well on this child's kaleidoscope of a phone. There are plenty of things in everyday life
that can scratch glass. For example this is my 2 ½ year old daily driver that I purposefully
never put a screen protector on just to see how it would react and turn out with normal
every day use, sliding in and out of my pocket. Glass might be scratch resistant, but it's
still no match for anything above a level 6 on Mohs scale of hardness.

You really only
have two options. You can either cover up scratches that are already made, or prevent
scratches with some kind of protection. Thanks to dbrand for sponsoring this video.
Dbrand has protective skins that you can combine together however you want. It changes how
your phone looks, along with adding aesthetic protection. You can see what your phone would
look like with the link in the description. A new skin for your phone is way cheaper than
buying a new phone…just saying. I'm digging this copper metal skin. I'll peel it off though
so we can taste the rainbow and finish off the durability test. Have you ever roasted
skittles over a campfire? Neither have I, but I couldn't figure out any other way to
segue into the burn test. The Note 10+ has a large 6.8 inch 1440p display
and lasted about 20 seconds before I thought it was permanently damaged. But after removing
the heat from the dynamic AMOLED screen, the white marks quickly faded, leaving a pristine
screen behind, minus the evaporated oleophobic coating of course. There is no other damage. No durability test is complete without a bend
test.

The physical structural integrity of a phone is just as important as the power
inside. It's time to see if the Note 10 is as durable as it is cute. Bending from the
back we get basically no flex, which is rather shocking considering how large the phone is.
I'll flip it around to the front and we get basically the same result.

No damage, no cracks,
and no kinks in the frame. Just a super solid colorful flagship phone from Samsung that
survives my durability test. I think it's a winner. Expensive, yes, but still a good
phone. If it had a headphone jack, I'd probably end
up switching right away. But as of right now, my Galaxy S8 is still working good enough,
so I don't know. Maybe I'll upgrade. And maybe I'll let you guys decide for me over on Twitter.
I'm not quite sure yet. We should definitely take it apart first,
so hit that subscribe button if you haven't already. Come hang out with me on Instagram
and Twitter. And don't forget to see what your phone looks like skinned with the dbrand
link in the description. Thanks a ton for watching. I'll see you around..